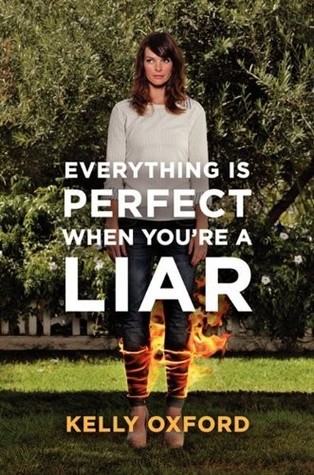 A wunderkind producer of pirated stage productions for six-year-olds

Not the queen of the world

Capable of willing her eyesight to be 20/20

Totally an expert on strep throat

A certified therapy assistant who heals with Metallica mixtapes

“Bitingly funny. But everybody knows that.” —Roger Ebert

Sad that David Copperfield doesn’t own a falcon

I’m tempted to write about my opinions and thoughts on Kelly Oxford outside of her book, because we are around the same age and grew up in the same town and now we are both moms. But that’s pretty boring, so I’m just going to get a few non-book-related things off my chest and move on:

So. The book is a collection of essays in loose chronological order about Oxford’s life from age six until the present. Most of the essays are funny, and there’s one that’s sort of a tearjerker, so I ended up laughing and crying. That’s always a good sign.

The teenage stories were the most compelling to me. Oxford was an idealized version of my teenage self: prettier, thinner, richer, nicer boyfriend, more friends, more confident, better tolerance for pot. I didn’t feel jealous, exactly, though I reflected on the fact that I spent far too much of my young adulthood working or studying, and that’s not something I think very often.

I found myself really appreciating what the book isn’t. These sorts of humourous essays can quickly descend into the kind of “look at me, I’m so quirky” territory  that ruined Jenny Lawson’s Let’s Pretend This Never Happened for me. Kelly doesn’t go there. At all. There’s lots of gross humour and absurdity, but it feels authentic, like it either really happened, or it just needed to be part of the story, not because she’s building some persona.

She also doesn’t take the martyr mommy route. No birth stories, no sappy stream of consciousness about baby feet, not even much in the way of parenting slapstick (you know, the day where everything goes wrong and there’s lots of poop and barf involved.) Don’t get me wrong, I enjoy (some of) that kind of writing (sometimes,) but I’m glad she didn’t go there.

So, if not for validation or sympathy, I got to wondering, what is she looking for? Why write these essays? You know, other than the obvious reasons. And then it came to me. 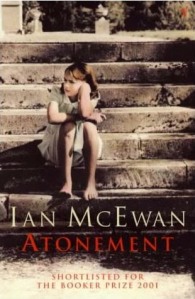 The first essay was my least favourite. Six year old Kelly writes a play, and recruits neighbourhood children to be actors. She is dictatorial, rude, pushy, and, for me, way too precious. I’m just not a fan of the wise, old soul child narrator thing. But. This is almost EXACTLY how Ian MacEwan’s Atonement opens. I know, it sounds crazy, but Briony is a wise, old soul child narrator. The story opens as she’s strong-arming her cousins into acting in a play she wrote. She is dictatorial, rude, and pushy. Taking it past the eerily similar first scenes, Briony later commits a “terrible horrible” with severe consequences, and looks for atonement through her writing. I mean, Everything’s Perfect When You’re a Liar could totally be the title of  the YA adaptation.

Is Oxford looking for atonement by writing about her own terrible horribles? Or is she just owning it, as she claims, and maybe suggesting that we all have our terrible horribles and we could all just get over ourselves and face that?

Dubious literary allusions aside, I enjoyed the book. It was uneven, but the voice and style were unexpected and disarming. I laughed, I cried, Kelly hurled.