Only eight books were good enough, and got a strong enough emotional reaction, to get the elusive five-star rating this year. For fun, I’ve tried to sum up my emotional state after finishing each.

In making this list, I realized I only did a full, proper review of one book (Malarky) and didn’t mention three of them much at all (The Orenda, The Bridge of Beyond, Wolf Hall.) That’s messed up. If I’m not using my blog to ramble on about the books I loved, what the hell am I doing?

It’s not the end of the world that I didn’t review Wolf Hall, because really, you don’t need me to tell you it’s good (BBC is gonna do that for you. Also Damien Lewis. *swoon*) but I’m not impressed that I didn’t review The Orenda and The Bridge of Beyond, specifically, as it was mostly because I was afraid. I’m uncomfortable reviewing postcolonial literature, or, frankly, literature with racial themes – afraid I’ll say the wrong thing, that I’m not in a position to really “get it,” and so on. I procrastinated on The Orenda and The Bridge of the Beyond till I felt like it was too late. It’d all been said about the former, and I couldn’t remember the story of the latter.

There’s a whole movement about reading diverse, which is based on the “vote with your wallet” idea, but book bloggers aren’t always paying for their books. In this case, The Orenda and The Bridge of the Beyond were both freebies and so the fact that I’ve read them, and kept it to myself, really doesn’t do much for the cause.

Talking about books I love is why I’m here. It’s probably why you’re here. So I’m going to get over myself, and at least review the books that blow my mind this year. (Don’t worry, I’m still gonna snark on books, that is the other reason I am here.) 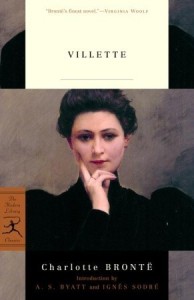 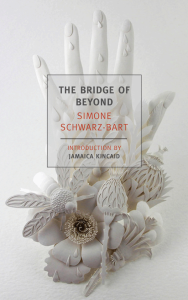 Make that BOOKS of the Year:

Villette by Charlotte Bronte and The Bridge of Beyond by Simone Schwarz-Bart!

I can’t choose and I won’t. Both these books astonished me with their use of language, their maturity, and their truth. I was nodding my head and thinking “how did she know?” and drawing all sorts of parallels to other books and pop culture and what not, despite the fact that these books are set in times and places completely unknown to me. The specific challenges Lucy Snowe and Telumee face are nothing like the ones I do, but made me look at my life -both real, and reading – in new ways.

Villette is notable mostly because it’s a somewhat controversial choice for favourite Charlotte Bronte novel (it’s certainly mine) and because… much as it pains me to say this… it has usurped Wuthering Heights as my favourite Bronte. It’s so subtle though still overwrought in that Bronte way. Very little happened; it was a completely internal story. We were with Lucy, relentlessly. It should have felt claustrophobic, but it didn’t. It somehow contained so much through a life that was so circumscribed. I will reread it and I think it’s the perfect way to start reading the Brontes, except that you might be disappointed thereafter.

The Bridge of the Beyond is notable because I’ve never read anything like it. Oh, it’s a multi-generational epic, it’s postcolonial, it’s got lots of “strong female characters,” so I guess from that perspective I’ve read plenty like it. But the writing is like nothing I’ve read, and the feeling of reading this book is at once dreamy and disturbing. The fact that this is a translation is almost too much for me to wrap my mind around because it’s one of those rare books where every word is perfectly chosen. How can this be true when they’re not even the original words? I can say more. I will say more. As I said above, I’m resolving to write about the books that really deserve it, and this is one. It’s the one I am most daunted by too, as I want to do it justice. So I’ll just say: full review to come. And… read it.