Was I the only one surprised that this wasn’t a “Peace” section, given that Part I was all “Peace”, and part II was all “War”? The rest of the book seems to be mixed in this way. Maybe parts I and II were just Tolstoy easing us in.

Part III was a real mixed bag and I didn’t find a coherent pop culture parallel as I did in Parts I and II. However, I did notice two related themes that came up again and again:

Here are some quotes that struck me along the way. All quotes are from the Maude translation unless otherwise noted, because it’s easier to find online to copy and paste.

It seemed so natural to Pierre that everyone should like him, and it would have seemed so unnatural had anyone disliked him, that he could not but believe in the sincerity of those around him. Besides, he had no time to ask himself whether these people were sincere or not.

Spoiler alert: this will come back to bite you, Pierre!

Her bust, which had always seemed like marble to Pierre, was so close to him that his shortsighted eyes could not but perceive the living charm of her neck and shoulders, so near to his lips that he need only have bent his head a little to have touched them. He was conscious of the warmth of her body, the scent of perfume, and the creaking of her corset as she moved. He did not see her marble beauty forming a complete whole with her dress, but all the charm of her body only covered by her garments. And having once seen this he could not help being aware of it, just as we cannot renew an illusion we have once seen through.

Remember that episode of South Park called “Bebe’s Boobs Destroy Society”? Well, this is basically “Hélène’s boobs destroy Pierre’s life”. Which I don’t quite get, because it’s implied that Pierre’s seen a few in his day… perhaps they did not “look like marble”?

Pierre after the party

“But she’s stupid. I have myself said she is stupid,” he thought. “There is something nasty, something wrong, in the feeling she excites in me. I have been told that her brother Anatole was in love with her and she with him, that there was quite a scandal and that that’s why he was sent away.

Okay, we need to talk about the incest thing. Apparently, there was a lot more written into early drafts (maybe Sophia did some editing!) and it’s certainly played up in the adaptation. The offhand manner it’s mentioned here is even more shocking than had it been a prominent plot point – like, yeah, she might be banging her brother, but whatever. Really?? I thought incest was one of those super-taboo things that transcends time and culture (unlike, say, marrying your cousins, which I’m used to tolerating in classic lit)??

Hélène just hanging out with her brother… in bed… as one does… ???

So anyway, Vassily tricks Pierre into marrying potentially-incestuous succubus Helene. Let’s see what that Anatole is up to… ah, Vassily is parading him around at the Bolkonsky’s, because one child married off to a fabulously wealthy but completely inappropriate spouse isn’t enough! Anatole is a cad, unsurprisingly, but I took more notice of how Tolstoy described the three women of this household – plain heiress and potential bride Marya, beautiful but poor friend Mlle Bourienne, and the “little princess” and mom-to-be Lise. First, it’s makeover time for Marya, in preparation for Anatole’s visit:

Both these women quite sincerely tried to make her look pretty. She was so plain that neither of them could think of her as a rival, so they began dressing her with perfect sincerity, and with the naïve and firm conviction women have that dress can make a face pretty.

Way harsh, Tolstoy! It gets worse:

As always happens when women lead lonely lives for any length of time without male society, on Anatole’s appearance all the three women of Prince Bolkónski’s household felt that their life had not been real till then.

The little princess, like an old war horse that hears the trumpet, unconsciously and quite forgetting her condition, prepared for the familiar gallop of coquetry, without any ulterior motive or any struggle, but with naïve and lighthearted gaiety.

I am absolutely squirming with how gross the latter quote is, but it is a compelling (and hilarious) image and I TOTALLY get what he’s saying.

Marya’s father, Old Bolkonsky, is awful, but speaks the truth about Anatole, and prevents Marya from making a mistake. Too bad he wasn’t there to counsel Pierre.

Speaking of old Bolkonsky, here’s some more fun with translation. The old man huffs and puffs and snorts a lot. Check out this line, first from P&V and then from Maude:

I mean… what was it in Russian? Why are the names different?

Moving on to Nikoali, he finally sends a letter home and it’s like the sun shines out of his ass (translate that idiom into Russian!) It’s all very tiring, but I liked this quote from Natasha’s little brother. It’s just like a little brother to say something so bratty, but also to foreshadow something that doesn’t happen for several hundred more pages:

“And I know why she’d be ashamed,” said Pétya, offended by Natásha’s previous remark. “It’s because she was in love with that fat one in spectacles” (that was how Pétya described his namesake, the new Count Bezúkhov) “and now she’s in love with that singer” (he meant Natásha’s Italian singing master), “that’s why she’s ashamed!”

There is also some tiresome stuff about Nikolai and Boris and Berg hanging out, when Andrei walks in and harshes their mellow, but it’s pretty boring. Tolstoy gets some great observations in, as always:

With that peculiar feeling of youth, that dread of beaten tracks, and wish to express itself in a manner different from that of its elders which is often insincere, Nicholas wished to do something special on meeting his friend.

It is very difficult to tell the truth, and young people are rarely capable of it.

Then there is a LOT of Nikolai’s Tsar worship:

Rostóv, standing in the front lines of Kutúzov’s army which the Tsar approached first, experienced the same feeling as every other man in that army: a feeling of self-forgetfulness, a proud consciousness of might, and a passionate attraction to him who was the cause of this triumph.

He felt that at a single word from that man all this vast mass (and he himself an insignificant atom in it) would go through fire and water, commit crime, die, or perform deeds of highest heroism, and so he could not but tremble and his heart stand still at the imminence of that word.

“Oh God, what would happen to me if the Emperor spoke to me?” thought Rostóv. “I should die of happiness!”

“How can the Emperor be undecided?” thought Rostóv, but then even this indecision appeared to him majestic and enchanting, like everything else the Tsar did.

“My God, how happy I should be if he ordered me to leap into the fire this instant!” thought Rostóv.

This might be difficult for the modern reader to relate to. These days, what could inspire young men to idolize a single man, who they don’t really know at all, and who certainly couldn’t pick them out of a line up? Whose daily life has little to do with their own? To place all their hopes on a single man, wearing a particular uniform? To ascribe to him not only the finest human qualities, but to imagine him appointed by God himself to lead you out of darkness? To wave his flag, to follow him anywhere, even if it means acts of unspeakable violence and destruction? To endure years of deprivation in hopes of some distant glory? 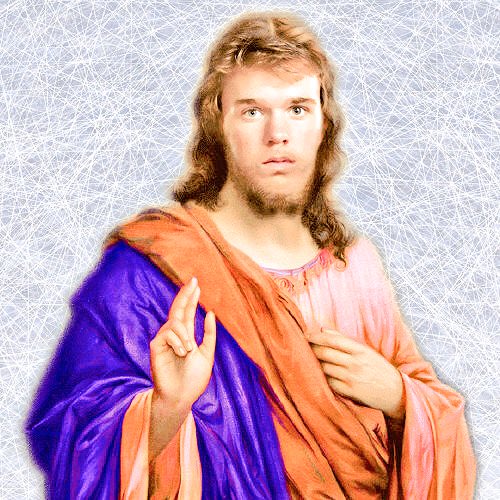 Oh…. right. There is all that.

The Machinations of War

I love this quote about the unstoppable and unknowable (unless you are the narrator of War and Peace) inner workings of war. This reminds me of the machinations of Vassility in bringing Pierre and Helene together, too. This is a long one:

Just as in the mechanism of a clock, so in the mechanism of the military machine, an impulse once given leads to the final result; and just as indifferently quiescent till the moment when motion is transmitted to them are the parts of the mechanism which the impulse has not yet reached. Wheels creak on their axles as the cogs engage one another and the revolving pulleys whirr with the rapidity of their movement, but a neighboring wheel is as quiet and motionless as though it were prepared to remain so for a hundred years; but the moment comes when the lever catches it and obeying the impulse that wheel begins to creak and joins in the common motion the result and aim of which are beyond its ken.

Just as in a clock, the result of the complicated motion of innumerable wheels and pulleys is merely a slow and regular movement of the hands which show the time, so the result of all the complicated human activities of 160,000 Russians and French—all their passions, desires, remorse, humiliations, sufferings, outbursts of pride, fear, and enthusiasm—was only the loss of the battle of Austerlitz, the so-called battle of the three Emperors—that is to say, a slow movement of the hand on the dial of human history.

Next we meet a young general (Dolgorukov) facing off against an old one (Kutuzov). Youth wins the day – the plan for the battle of Austerlitz is set. And, well, it doesn’t go well. Andrei gets his moment of glory, just not in the way he hoped. It’s more of a Forrest Gump moment, actually, he just happens to be in the right place (and badly wounded) when Napoleon rides by:

Then there’s a bunch of stuff about Andrei and the Infinite Sky, yadda yadda yadda, and we’re done Volume I!

Whew! Thanks to all who stuck through this long and disjointed post. We can’t all write like Tolstoy, okay?