Fair travelers, journey to the master post if thou art lost.

First, some housekeeping. Let’s drain the moat, and polish the chaise, and powder the wigs, etc.

And uh, iron the hankies

My schedule as posted here has been thrown to the wind, and I just realized I made a mistake: The schedule has me posting a wrap-up on September 19, while the image I’ve used everywhere says the readalong ends on September 9. I’m a little disappointed you guys didn’t notice!

I want to finish sooner than later, because #ReadingRhys week starts on the 12th and I clearly can’t handle one blog event, let alone two (please follow along, I’m planning to show how Jean Rhys invented chick lit.) So to hurry things along, today I’m going to post on Books 7 and 8, and (fingers crossed) Book 9 & 10 over the weekend.

Oh yeah, I finished the book. Going camping in the rain means a lot of reading time! I must save my conclusions for the next post, but it feels good to be done.

We’re back in Bury, with old friend Mrs. Charlton. Mr Monckton is pleased to have Cecilia back in his hood, and his influence. It’s interesting that we are so much in Mr. Monckton’s head, and that we know what Cecilia does not, but we don’t know everything. No spoilers, but let’s just say Mr. Monckton is even worse that he appears!

First things first: Cecilia has to re-reject all her hometown suitors’ proposals:

Then, in true Days of Our Lives fashion, Morty sneaks up on Cecilia whilst she’s talking to herself about how much she loves him. Well, actually, she’s talking to his dog, who was kidnapped and delivered to her by a mystery person who’s name rhymes with Shady Shonoria.

Morty final does something interesting and proposes a secret marriage, without the blessing of his parents, who he claims will be totally cool with it once it’s done. Cecilia isn’t buying it, but Morty wears her down with his incessant whining and she reluctantly agrees to meet him in London in a few days to get hitched.

I’m wearing you down, baby! Where’s Stefan when we need him…

Mr. Monckton doesn’t have to work very hard to sow the seeds of doubt in Cecilia’s mind. He quickly helps her come to the conclusion that she must cancel the wedding. Everyone wishes cell phones were invented, because the process of getting a letter to Morty before the ceremony is extremely difficult, and ultimately fails. Cecilia makes some… interesting leaps of logic to convince herself that it would be worse to stand Morty up than to go through with a wedding she believes is wrong, so she leaves for London as planned…

… and runs into EVERY annoying person she’s ever know. “A Torment” might be my new favourite chapter, after the masquerade, for pure hilarity and absurdness.

Upon coming up to the place whence it proceeded, they saw a party of gentlemen on horseback surrounding a chaise which had been just overturned; and while the confusion in the road obliged the postilion to stop Cecilia heard a lady’s voice exclaiming, “I declare I dare say I am killed!” and instantly recollecting Miss Larolles, the fear of discovery and delay made her desire the man to drive on with all speed. He was preparing to obey her, but Morrice, gallopping after them, called out, “Miss Beverley, one of the ladies that has been overturned, is an acquaintance of yours. I used to see her with you at Mrs Harrel’s.”

Mrs. Mears and Mr. Gosport and that annoying Captain who’s always speaking French are there too. Of course. The rules of etiquette and what not won’t allow Cecilia to say what we’re all thinking (MOVE BITCH) so she’s forced to let the group use her chaise as they try to get medical assistance for Mrs. Mears who is “bruised to death.” This is all very reminiscent of Catherine Morland and John Thorpe in Northanger Abbey.

By the time Cecilia escapes, Morty has come to look for her, has been mistaken for a theif and pursued by Morrice, been recognized, effectively revealing their plans, and Miss Larolle’s dog has broken it’s leg twice.

It’s wedding time! Except, we’re on page 611 of 942, and the first chapter is called “An Interuption,” so obviously no one’s getting married today. They almost do it, until

…when the priest came to that solemn adjuration, If any man can shew any just cause why they may not lawfully be joined together, a conscious tear stole into her eye, and a sigh escaped from Delvile that went to her heart: but, when the priest concluded the exhortation with let him now speak, or else hereafter for-ever hold his peace, a female voice at some distance, called out in shrill accents, “I do!”

They don’t see who spoke, but Cecilia is fucking done at this point. Morty promises to solve the mystery of who dared speak, and it’s like, sure Morty, I’m sure you’ll do that (he doesn’t.) Mrs. Delvile shows up and reiterates why they can never be married.

“Not, therefore, to your name are we averse,” she continued, “but simply to our own more partial. To sink that, indeed, in any other, were base and unworthy:—what, then, must be the shock of my disappointment, should Mortimer Delvile, the darling of my hopes, the last survivor of his house, in whose birth I rejoiced as the promise of its support, in whose accomplishments I gloried, as the revival of its lustre,—should he, should, my son be the first to abandon it!”

WE GET IT. I was so annoyed by all Delviles at this point. Neither mother nor son will leave her alone, so Cecilia peaces out to Mr. Arnott’s, where frenemy Mrs. Harrell also resides, and happens upon Mr. Belfield who’s become some kind of 18th century hipster; he just can’t deal with mainstream society. Instead of struggling to be rich, he’s slumming with the poor, and is working as a day-labourer:

“The result of all you now see. I found out this cottage, and took up my abode in it. I am here out of the way of all society, yet avoid the great evil of retreat, having nothing to do. I am constantly, not capriciously employed, and the exercise which benefits my health, imperceptibly raises my spirits in despight of adversity. I am removed from all temptation, I have scarce even the power to do wrong; I have no object for ambition, for repining I have no time:—I have, found out, I repeat, the true secret of happiness, Labour with Independence.” 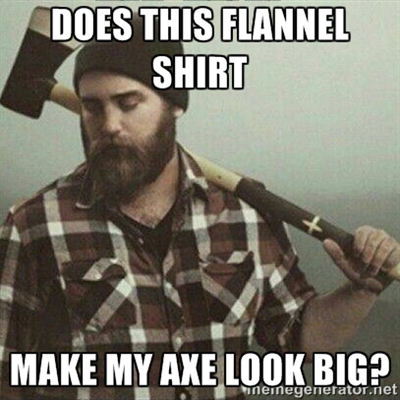 Mrs. D can’t leave well enough alone, writes to Cecilia and demands that she tell Morty off once and for all, in person. Cecilia heads back to Bury for another dramatic scene with Morty and Mother. In the end, Morty refuses to give up Cecilia, and Mrs D’s head literally explodes:

This moment appeared to Delvile decisive; and casting off in desperation all timidity and restraint, he suddenly sprang forward, and snatching the hand of Cecilia from his mother, he exclaimed, “I cannot, I will not give her up!—nor now, madam, nor ever!—I protest it most solemnly! I affirm it by my best hopes! I swear it by all that I hold sacred!”

Grief and horror next to frenzy at a disappointment thus unexpected, and thus peremptory, rose in the face of Mrs Delvile, who, striking her hand upon her forehead, cried, “My brain is on fire!” and rushed out of the room.

Cecilia had now no difficulty to disengage herself from Delvile, who, shocked at the exclamation, and confounded by the sudden departure of his mother, hastened eagerly to pursue her: she had only flown into the next parlour; but, upon following her thither, what was his dread and his alarm, when he saw her extended, upon the floor, her face, hands and neck all covered with blood! “Great Heaven!” he exclaimed, prostrating himself by her side, “what is it you have done!—where are you wounded?—what direful curse have you denounced against your son?”

“Don’t suppose,” said he, “that because I am a friend of the Delvile family, I am either blind to your merits, or to their foibles, far from it; but then why should they interfere with one another? Let them keep their prejudices, which, though different, are not worse than their neighbours, and do you retain your excellencies, and draw from them the happiness they ought to give you. People reason and refine themselves into a thousand miseries, by chusing to settle that they can only be contented one way; whereas, there are fifty ways, if they would but look about them, that would commonly do as well.”

Mr. Albany drops by to cheer Cecilia up by reminding her that it could be worse: she could have his fucked up life!

“I will tell thee, therefore, my crimes, that thou mayst know thy own felicity, lest, ignorant it means nothing but innocence, thou shouldst lose it, unconscious of its value. Listen then to me, and learn what Misery is! Guilt is alone the basis of lasting unhappiness;—Guilt is the basis of mine, and therefore I am a wretch for ever!”

To top off this cheery section of the book, Mrs. Charlton dies suddenly, and Cecilia is forced to go stay with slimy Mr. Monckton.

Final recap coming soon. Who’s still in it to win it?