August is almost over and I haven’t posted once about Roofbeam Reader’s Austen in August event. I have been reading, though. Here are my picks, and a review of my first read, Northanger Abbey.

My Austen in August Reads: 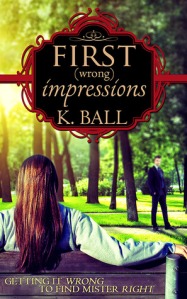 I’m very wary of adaptations. Why mess with the masters? And where is the line drawn between adaptation and fan fiction? For every Bridget Jones’ Diary there are seemingly thousands of Pride and Prejudice and Zombies. There is nearly no way I would read a modernization of P&P ordinarily, but conditions were just right: I was on the lookout for an Austen adaptation for this event, Ball is a local author, and after connecting on Twitter she kindly offered me a free epub of the novel. I was surprised by how much I enjoyed the modern Lizzy and Fitzwilliam as they bickered on the streets of inner city Edmonton. Review coming soon.

2. Among the Janeites by Deborah Yaffe 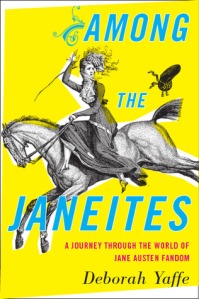 Another title I would not choose for myself, I received this as a freebie from the folks at Shelf Awareness. Non-fiction just isn’t my bag. But if I’m going to read non-fiction, it’s nice when it’s about literature, and feminism, and costumes, and a very particular brand of fangirl and boy known as the Janeite. Many of the Janeites are sort of what you would expect – white middle aged women with time on their hands. But then there’s the founder of Cisco who spent millions of her own money restoring Austen’s brother’s estate, and the conspiracy theorist who sees Austen’s novels as thinly veiled horror stories full of sex, murder, and illegitimate children. I’m just about half way through and finding this a perfect book to read over lunch.

A wonderfully entertaining coming-of-age story, Northanger Abbey is often referred to as Jane Austen’s “Gothic parody.” Decrepit castles, locked rooms, mysterious chests, cryptic notes, and tyrannical fathers give the story an uncanny air, but one with a decidedly satirical twist.

So I’ll just come out and say it: I’m not a big Austen fan. Most definitely not a Janeite. This book illustrates many of the reasons why.

Underwhelmed if That’s a Word

The way I feel about Austen is similar to the way I feel about the band Sloan. Whenever I hear Sloan on the radio, (often, as I listen to CBC Radio 2 almost exclusively,) I think, “Wow, this song is really good. Sloan is a really great band. And they’ve been around forever. Why don’t I listen to them more often?” Thirty seconds after the song is over, I forget all about it. The next time I hear Sloan, I think the same thing. They are great, and I love their songs, but for some reason, their music doesn’t stick with me.

If I’m underwhelmed with Austen in general, I was particularly underwhelmed with Northanger Abbey. The stakes just weren’t high enough for me to get invested. Catherine Morland is seventeen, very naive, and a very easy target for vain and selfish Isabella, Isabella’s wife-hunting brother James, and her beloved’s money-grubbing father. These people are rather nasty to her, but in the end, the worst thing Catherine endures is a humiliating carriage ride in the middle of the night. Austen even concedes it wasn’t really that bad: [SPOILER ALERT]

Henry and Catherine were married, the bells rang, and everybody smiled; and, as this took place within a twelvemonth from the first day of their meeting, it will not appear, after all the dreadful delays occasioned by the general’s cruelty, that they were essentially hurt by it.

If I’m going to read a story about teenage angst, there better be some real ANGST, you know? Like in Wuthering Heights. Or Clone High.

Our Angst is Entertaining

He seemed to be about four or five and twenty, was rather tall, had a pleasing countenance, a very intelligent and lively eye, and, if not quite handsome, was very near it.

Snore. For some reason I pictured Henry as Justin Timberlake while I was reading. I don’t mean modern day Justin, I mean this one:

My other issue with Henry is that I think he’s kind of a douche. I was really uncomfortable with how he plays on Catherine’s fears about the Abbey and thinks it’s high-larious to mess with her head. First of all, he’s 26 to Catherine’s 17, and in terms of life experience, it may as well be an 18 year gap instead of just nine. So yes, bravo Henry, you tricked someone much younger and susceptible than yourself. It’s not that I think he should be perfect, I would just like to see this addressed and it wasn’t.

I also just didn’t see much growth or development in Catherine and Henry’s relationship. Northanger Abbey is seen as Austen’s least mature work, and I have to agree.

The Good in Everyone

As you might imagine, there was lots to love about this book. Here’s the good stuff:

“Pray, pray stop, Mr. Thorpe. I cannot go on. I will not go on. I must go back to Miss Tilney.” But Mr. Thorpe only laughed, smacked his whip, encouraged his horse, made odd noises, and drove on; and Catherine, angry and vexed as she was, having no power of getting away, was obliged to give up the point and submit. Her reproaches, however, were not spared. “How could you deceive me so, Mr. Thorpe? How could you say that you saw them driving up the Lansdown Road? I would not have had it happen so for the world. They must think it so strange, so rude of me! To go by them, too, without saying a word! You do not know how vexed I am; I shall have no pleasure at Clifton, nor in anything else. I had rather, ten thousand times rather, get out now, and walk back to them. How could you say you saw them driving out in a phaeton?”

Mrs. Allen was one of that numerous class of females, whose society can raise no other emotion than surprise at there being any men in the world who could like them well enough to marry them. She had neither beauty, genius, accomplishment, nor manner. The air of a gentlewoman, a great deal of quiet, inactive good temper, and a trifling turn of mind were all that could account for her being the choice of a sensible, intelligent man like Mr. Allen.

If it Feels Good Do It

I feel bad about not liking this more. Maybe it was because I was reading Oryx and Crake at the same time. But, if you really like Jane Austen, you will probably like this. Even if you’re unsure, I would still recommend giving it a shot, because there are some great laughs. You just might forget all about it 30 seconds after you put it down.

ETA: This is a wonderfully insightful review of Northanger by someone who loved it. Worth a read. While you’re at it, go read all the Austen in August posts!