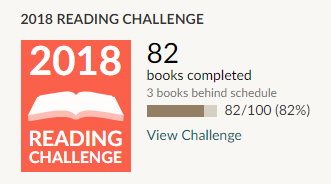 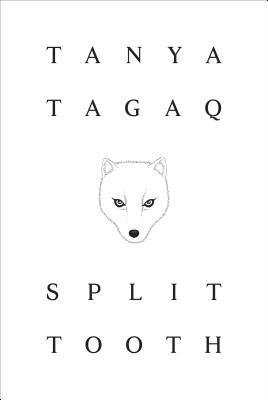 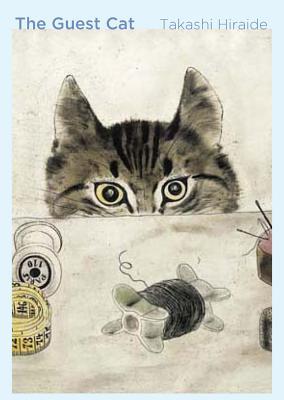 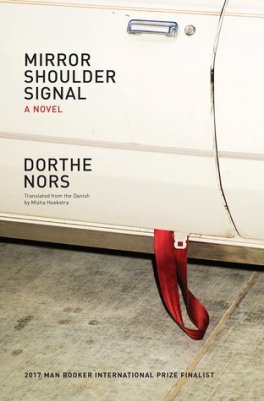 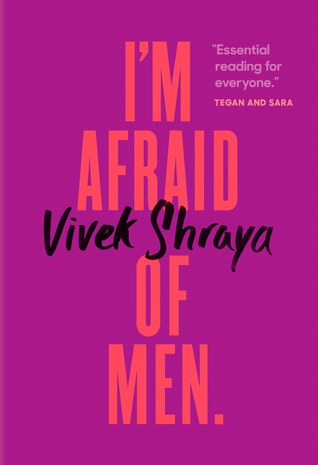 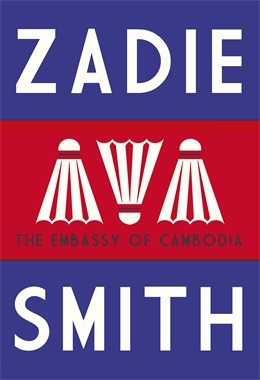 I’m also pretty sure this will be the best book I read in which a woman has carnal relations with the northern lights.

The Guest Cat by Hiraide Takashi

Why did I think this was going to be a cutesy cat story, along the lines of those cozy cat mysteries with titles like Probable Claws and Purrder She Wrote? It’s not that at all. Our unnamed narrator is suffering from a midlife malaise when Chibi the cat comes into his life. Chibi quickly becomes the centre of his life and in such a short, poetic work it’s tempting to assign symbolic meaning to the cat, but I kept it simple and read it as a kind of love story between, well, a man and a cat. The emotions under the simple writing crept up on me. We lost a cat in our house this year, and while I may not be dealing with an early 90s real estate bubble in Tokyo, it’s easy enough to relate to the feeling of life passing you by in a big city.

Speaking of midlife malaise: I knew that Dorthe Nors was concerned with the invisibility of women of a certain age thanks to her Lithub article on the subject, so no surprise that our heroine Sonja is in her mid forties and feeling a bit overlooked. But I was surprised by the many styles employed in this short novel/long novella. There are hilarious scenes in which Sonja’s driving instructor takes backseat driving to a new level, smoking and swearing and eventually instigating a racially fueled brawl on the streets of Copenhagen. There are melancholy memories of Sonja’s childhood isolation, and mundane realities of Sonja’s estrangement from her sister. There are near streams of consciousness and translated-from-Danish dialogue that somehow rings true. Nothing happens (and if that’s a problem for you, stay far away) but Sonja is so very visible in a world that would prefer to look the other way.

I’ve read and loved Shraya’s poetry, fiction, and even a zine about malls in Edmonton, but this “single essay nonfiction” book didn’t work for me. It’s only partly because I don’t see the need for single essays be sold as stand-alone books unless they’ve already become culturally significant, like (my current #NovNov read) The Fire Next Time, which was originally published in The New Yorker, or a book Shraya took inspiration from, We Should All Be Feminists, which was adapted from a popular TED talk.

Apart from the form, which is probably more marketing than anything else (I work in marketing so I’m not using the word in the pejorative sense; if people, including myself, will spend $15 on a single essay, have at it), there was little coherence to the essay. I don’t know if it was about what makes a “good man”, or toxic masculinity in general, or the specific toxic masculinity that exists in gay communities, or gender non-conformity, or what, and I suppose it’s about all of those things, but that many things (and I’ve surely missed a few) are not well served in so few words.

I did take away a strong impression that relates to the invisibility of middle age so touchingly evoked by Dorthe Nors in her novella: that invisibility is quite specific to women who are white and straight and cis. Much as we might complain about it, there’s a certain relief in no longer having to second guess your clothing, your tone of voice, how late you walk home at night, and to no longer get catcalled or need elaborate backup plans and fake phone numbers to get out of bad dates or bad conversations. But for someone like Shraya, that visibility and surveillance is constant and unending. And exhausting. I just wish this idea, and several others, were given more time and space to develop.

The Embassy of Cambodia by Zadie Smith

Following my logic above, this ridiculously small hardcover book of 69 pages should give me pause. It theoretically retails for $12, though it seems to be out of print. But you can read it online, at The New Yorker where it was originally published, which softens my side eye considerably. Published in December 2013, I have to assume this was a Christmas gift grab, and like I said about the Shraya, if people will pay it? Get it, girl.

This is also a ridiculously good short story (truly, I can’t bring myself to call it a novella, even though I’m counting it here). An immigrant from Africa is living with a family in North West London (naturally), and she seems happy, but she worries that she might be a slave – she hasn’t seen her passport in a very long time. Her bid for freedom, literal and metaphorical, plays out in a pool, a cafe, a church, and against the backdrop of an energetic game of badminton. Sit down for half an hour and read it.

How goes your novella-ing? Will I be ahead of the Goodreads challenge game next time I check in? Stay tuned…